Posted on July 14, 2017 by donttradeourlivesaway A doctor checks a patient for Hepatitis C in Zaporizhiya. As much as 10 percent of the Ukrainian population could be infected with the disease.
Photo by UNIAN

The company markets an anti-hepatitis C drug in Ukraine called Sofosbuvir. The drug has a 94 percent healing rate, a potential lifesaver for the country’s infected millions.

But after a competing generic appeared on the market in 2015, Gilead orchestrated a multi-pronged pressure campaign against the Ukrainian government to enforce its monopoly.

The effort — which included tactics ranging from excluding Ukraine from receiving generic versions of the drug to filing an $820 million international arbitration lawsuit against the country — has achieved at least temporary success.

In January, the Ukrainian government and Gilead reached a peaceful settlement that saw Ukraine exclude generics from the market while setting a price of $250 per pack — meaning that for a full treatment course, the cost is $750.

For comparison, the total cost of Sofosbuvir treatment in Pakistan is $45, $153 in Egypt, and $324 in India, as per a 2016 World Health Organization report.

“Gilead has prevented — in the short term — the ability of getting multiple suppliers on the market that would compete aggressively to bring down costs,” said Doctors Without Borders policy director Rohit Malpani, adding that the company “has sought to inflate and seek higher prices for Sofosbuvir around the world.”

Ukraine has one of the highest hepatitis C infection rates in the world. While there is no accurate data because the government does not track infection rates, the percentage of populated infected with the disease ranges from 5 to 10 percent, depending on the estimate. That’s a burden of up to 4.5 million people. 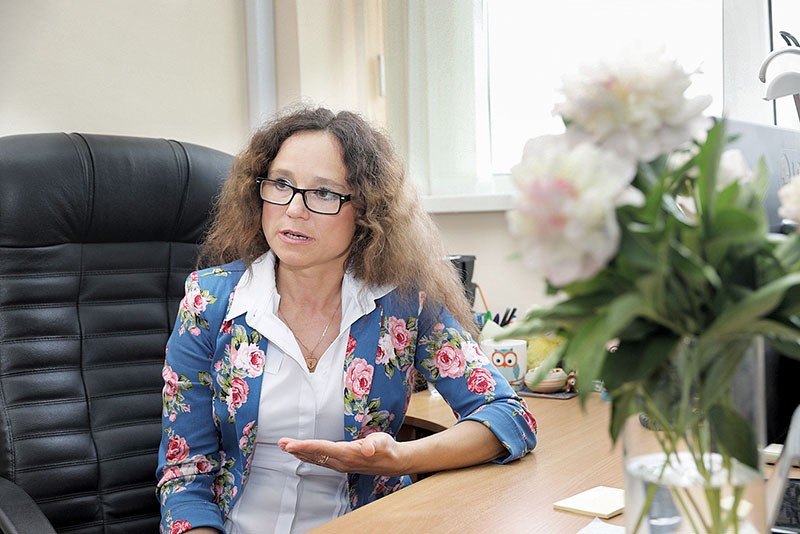 Hepatitis C lies quietly in the body for years before a person begins to present symptoms, making it difficult and expensive to diagnose.

But when the symptoms come, a patient’s condition can quickly worsen. The sickness bloats and scars the liver, exposing the infected person to cirrhosis or jaundice.

“Those people who have been infected have very limited access to diagnosis and treatment,” said Natalia Kravchenko, a policy and advocacy officer at the Alliance for Public Health, a Kyiv nongovernmental organization that focuses on fighting epidemics. “Nearly $1,000 for the average Ukrainian to heal this disease is really problematic.”

Gilead Sciences did not develop Sofosbuvir — rather, a New Jersey company called Pharmasset invented the drug in the mid‑2000s.

The drug’s development revolutionized hepatitis C treatment. A 2013 New Yorker article stated that the drug transformed “a hard-to-treat illness into an easily managed disease.” With a 94 percent cure rate after a full treatment course, Sofosbuvir rapidly became sought after by the world’s 150 million hepatitis C patients.

Gilead bought Pharmasset — including the intellectual property rights to Sofosbuvir — for $11 billion in 2011. That agreement gave Gilead the rights to market Sofosbuvir around the world.

Battle of the NGOs

In 2014, the Ukrainian government began to allow international development organizations to procure medicine on its behalf as part of an effort to rid the health sector of corruption.

The Ministry of Health would develop a list of registered drugs that needed to be bought. An international organization — either the UN Development Program, UNICEF, or British NGO Crown Agents — would then buy the drugs.

Doctors Without Borders claims that Gilead had attempted to corner the Ukrainian Sofosbuvir market by excluding Ukraine from a list of countries in which generic versions of the drug could be distributed. In 2014, Indian factories received licenses from Gilead to produce the drug that excluded

Ukraine as a country where it could be marketed.

But in 2015, a Ukrainian company was able to register a generic version of Sofosbuvir under the name Grateziano, produced by an Egyptian factory.

Gilead immediately sued to deregister the drug and patent its own, original version. But a civil society group called the All-Ukrainian Network of

People Living with HIV managed to thwart both efforts through by filing countersuits against Gilead’s claims.

Mykyta Trofymenko, the Network’s intellectual property counsel who called Gilead’s initial $1,350 Sofosbuvir treatment pricing “exorbitant” in an August 2016 open letter, that that they were able to win legal battles based on a direct patent of the drug.

“But they were able to eventually preserve their monopoly on the basis of exclusive clinical trial data,” Trofymenko said.

From the perspective of pricing, it’s not clear how much of an effect the legal battles had.

“The generic that was on the market before last year and was being bought through government programs, its price for some reason stayed close to the price of the original version,” Kravchenko said, adding that her group was first to negotiate a procurement deal with Gilead to buy the drug at $300 a pack.

In the end, an organization totally independent of the ongoing battle was able to make the biggest difference in dropping Sofosbuvir’s price: the United Nations Development Program, which had been contracted to procure medicine on behalf of the Ministry of Health.

UNDP Ukraine Country Director Janthomas Hiemstra told the Kyiv Post that, according to normal operating procedure, it held a tender between Gilead and the Egyptian producer to supply the drug. 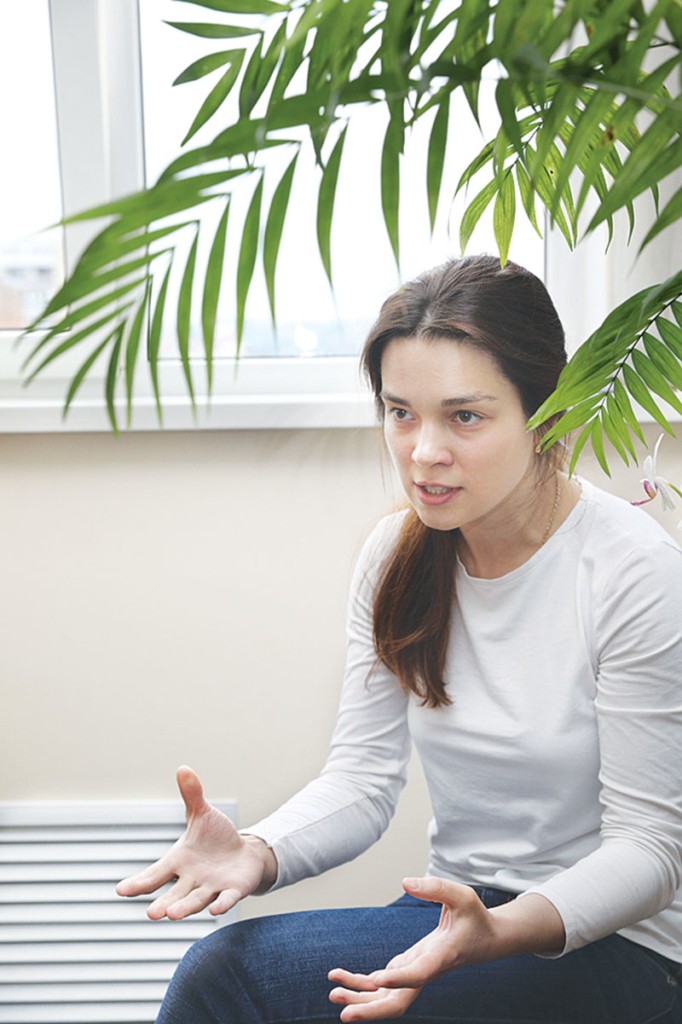 Gilead appealed the court decisions against the generic version while moving to gain a patent.

In June 2016, the company moved to file an $820 million arbitration lawsuit against the Ukrainian government under a clause of the 1994 U.S.-Ukraine bilateral investment treaty, in a process known as investor-state dispute settlement.

Malpani said that Eli Lilly, another multinational pharmaceutical firm, filed a $383 million pharmaceutical patent claim against the government of Canada, which it lost in March. Ukraine, with a GDP 6 percent of Canada’s, faced an arbitration suit more than twice the size.

“The company has been pushing the envelope as much as possible to get the highest return possible,” Malpani said.
Ukraine and Gilead reached an out of court settlement in January, which was signed in February. Justice Minister Pavlo Petrenko called the deal a “civilized means of reaching understanding with a big foreign investor,” blaming the entire issue on unnamed “corrupt schemes” from the Yanukovych era.

Though the agreement itself remains confidential, the Ministry of Health later deregistered the Egyptian generic, preventing its sale on the market.

The settlement also locks in Sofosbuvir’s price at $250 per pack — $750 to heal — giving Ukraine the lowest Sofosbuvir price in Europe while removing the NGOs of their ability to bargain further down. The current patent on Sofosbuvir will expire in Ukraine in 2020.

Questions linger over how much Gilead earns off the drug relative. But Hiemstra said that issues surrounding international intellectual property were not straightforward.

Olga Burgay, program manager for treatment at the Alliance for Public Health, called the price “very accessible,” adding that costs in diagnosing the illness were often more problematic for average Ukrainians.

Crown Agents will continue to purchase Sofosbuvir throughout this year, as per Ministry of Health directive. The non-state pharmacy price of the drug is $350 per pack, adding up to $1,050 for the whole treatment.

Malpani questioned the basis of Gilead’s intellectual property claim, noting that the company did not develop Sofosbuvir in the first place.

“Gilead is seeking to earn as much as possible off of a drug that they didn’t develop,” said Malpani. “That’s casino capitalism, not pharmaceutical research.” 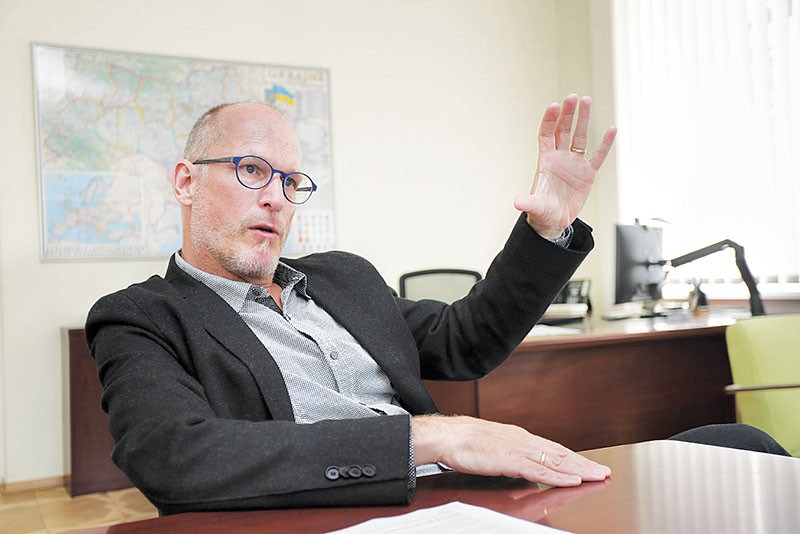 United Nations Development Program Ukraine country director Janthomas Hiemstra discusses efforts to procure drugs at cheaper rates on behalf of the Ukrainian government. The UNDP conducted a tender for Sofosbuvir that saw the price go down from $450 to $250 a pack. (Oleg Petrasiuk)

This entry was posted in Data Exclusivity, ISDS, Uncategorized. Bookmark the permalink.